One Book One Language?

I read a very interesting post over at Babelkid.blogspot about “reading” books in languages other than they are written in. You can also read my rather lengthy comment after the post. 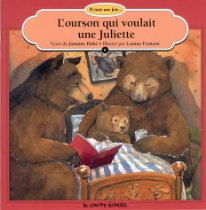 I had read on another multilingual parenting site, that one way to get around a dearth of foreign (or heritage) language reading material is to translate easy to find books (mostly English) on the fly into the language you wish to be exposing your child too. Now my Chinese, which is the language we have the hardest time finding affordable books in, is not exactly fluent, so most English books would be beyond me. But I do sometimes try to turn very simple English books (ie board books with a couple words or a sentence per page) into Chinese books just to squeeze in more exposure. French books we have no problem with, since living in Quebec, French is the majority language. In bookstores they are still costly since they print in such smaller quantities than English books, but in the library they are definitely in the majority, and it is English books that are lacking in choice. 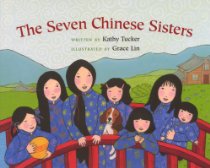 Anyways, I considered this idea and thought it brilliant as a way to get around the problem of being inundated with English books when you are fully fluent in another language.

I never once thought about the issue of language recognition, ie the child needing to learn that there is a correspondence between the spoken word and the printed word. Babelkid realized though, that her daughter didn’t recognize simple oft-repeated words in print in English… because she always “read” the books in French, thus there was no correspondence at all between the written and spoken text! 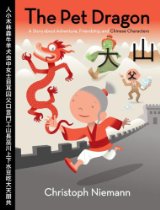 I find this fascinating, and thinking about it, I see that it has helped Big Boy’s literacy that I am NOT fluent enough to do this quick trick! For a year now (he is four) he has been able to point to Chinese text and English text and name the correct language. He is able to point to words starting with the “T” sound like his name or “L” sound like mine. And through books like The Pet Dragon, as well as flashcards and games like Kingka, he can read quite a few Chinese characters like “xiao” “shan” “hua” “da” “ren” “kou” “chi”. Thank god that I didn’t read “petit” “montagne” “parler” “grand” “personne” “bouche” and “manger” when I pointed to those as I read along in a book! He’d think they were French characters!

I am sure that Babelkid’s daughter will sort things out, especially now that they have become conscious of the spoken/print disconnect. And I do certainly “explain” plots, words, concepts in one language that he doesn’t understand when I read it written on the page, in another language. But now I am certain to point to the printed word as I read exactly what is written there, and not point to the text when I am explaining in another language.

Amazing how one doesn’t consider these things when one is unilingual, or when one has learned other languages as a literate adult, not as a preliterate child one hopes to teach to read! 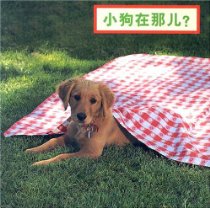